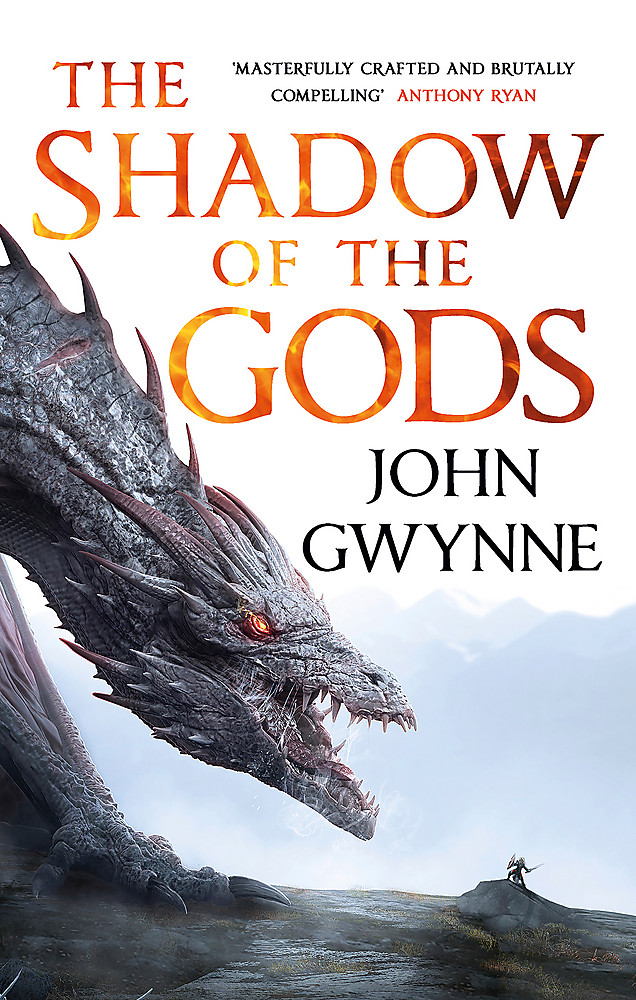 The Shadow of the Gods

After the gods warred and drove themselves to extinction, the cataclysm of their fall shattered the land of Vigrio.Now a new world is rising, where power-hungry jarls feud and monsters stalk the woods and mountains. A world where the bones of the dead gods still hold great power for those brave - or desperate - enough to seek them out. Now, as whispers of war echo across the mountains and fjords, fate follows in the footsteps of three people: a huntress on a dangerous quest, a noblewoman who has rejected privilege in pursuit of battle fame, and a thrall who seeks vengeance among the famed mercenaries known as the Bloodsworn. All three will shape the fate of the world as it once more teeters on the edge of chaos.Praise for John Gwynne'John Gwynne is one of the modern masters of heroic fantasy' Adrian Tchaikovsky'Reminds me of why I became a fantasy enthusiast in the first place' Robin Hobb'John Gwynne writes fantasy with the heart of a hero and the inventiveness of a master mage' Sebastien de Castell 'Extraordinarily good . . . Gwynne is setting a new benchmark in fantasy' Giles Kristian