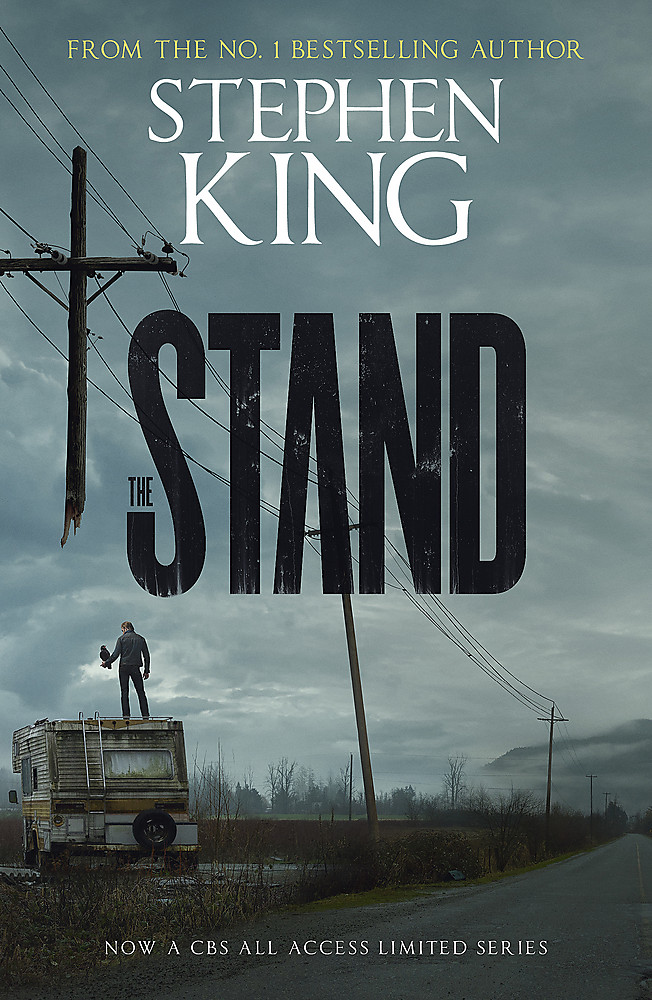 The tie-in edition of the nine-part CBS All Access series starring Whoopi Goldberg, Alexander Skarsgard, and James Marsden, premiering in the USA December 17, 2020.

FIRST CAME THE VIRUS. AND THEN THE DREAMS...A man escapes from a biological testing facility, unknowingly carrying a deadly weapon: a mutated strain of super-flu that will wipe out over 99 percent of the world's population within a few weeks.Those who remain are scared, bewildered, and in need of a leader. Two emerge - Mother Abagail, the benevolent 108-year-old woman who urges them to build a peaceful community in Boulder, Colorado; and Randall Flagg, the 'dark man', the apostate of death, the warlord of the charnel house and Prince of Evil.Now the survivors must choose between them - and ultimately decide the fate of all humanity.Stephen King's apocalyptic vision of a world blasted by plague and tangled in an elemental struggle between good and evil is a classic for our times.'A masterpiece' - Guardian'His work plumbs with unnerving accuracy, the hopes and fears of an entire nation' - Observer

There is a reason why Stephen King is one of the bestselling writers in the world, ever. Described by John Connolly as 'utterly compelling', Stephen King writes books that draw you in and are impossible to put down.

King is the author of more than sixty books, all of them worldwide bestsellers, including the epic thrillers Cell, It, Under the Dome, 11.22.63 and The Institute.Many of his novels and short stories have been turned into celebrated films, TV series and streamed events including Misery, The Outsider and The Shawshank Redemption.King was the recipient of America's prestigious 2014 National Medal of Arts and the 2003 National Book Foundation Medal for Distinguished Contribution to American Letters. He lives with his wife Tabitha King in Maine.