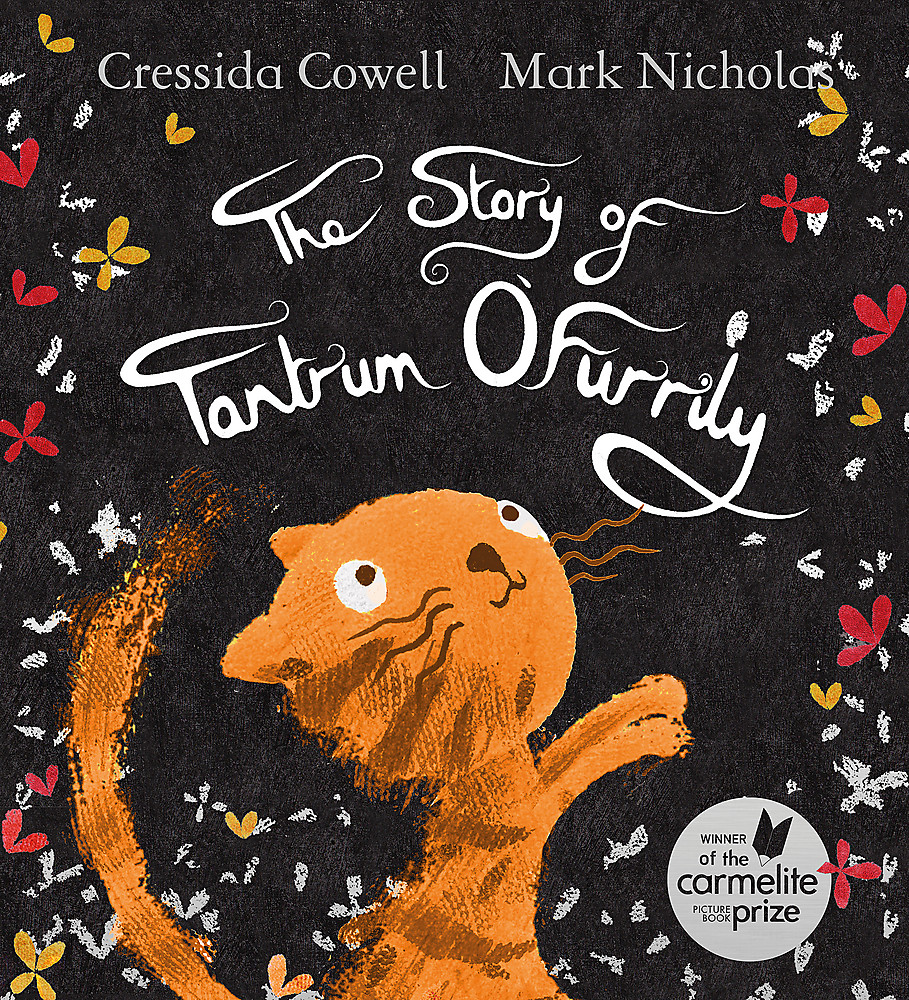 The Story of Tantrum O'Furrily

'One wild and windy night a stray cat called Tantrum O'Furrily and her three hungry kittens were dancing across the roof tops . . . '

Written by Cressida Cowell, creator of the bestselling How to Train Your Dragon series and with beautiful illustrations by Mark Nicholas, winner of the Carmelite Prize.Tantrum O'Furrily's kittens are hungry and doubt that a story can ease a stray cat's rumbling stomach. However, they soon learn that stories are powerful, and that if you're courageous you might find a saucer of milk at the end of that story.

Cressida Cowell is currently the Waterstones Children's Laureate (2019 - 2021). She is the author and illustrator of the bestselling The Wizards of Once and How to Train Your Dragon books series, and the author of the Emily Brown picture books, illustrated by Neal Layton. The Wizards of Once series has been translated into 38 languages and has been signed by DreamWorks Animation. How to Train Your Dragon has sold over 8 million books worldwide in 38 languages and is a major DreamWorks Animation film franchise, as well as being made into a TV series on Netflix and CBBC. Cressida is an ambassador for the National Literacy Trust and the Reading Agency, a Trustee of World Book Day and a founder patron of the Children's Media Foundation. She has won numerous prizes, including the Gold Award in the Nestle Children's Book Prize.Mark Nicholas (Illustrator) Mark Nicholas was born and brought up near York. He was artistic from an early age and studied modelmaking at the University of Bournemouth. He began working as a modelmaker after graduating, but always had a love of children's picture books, inspired by Mick Inkpen's Kipper and a short stint as a playground designer. After a successful career which included working on the CBBC stop-motion animation 'Rubbadubbers', in 2012 he decided to seek a career in illustration and gained a place on the MA Children's Book Illustration Course at Cambridge School of Art. Whilst studying on the course, Mark won the Hachette Children's Group's Carmelite Prize for Illustration to illustrate Tantrum O'Furrily, by Cressida Cowell, as well as the Macmillan Lara Jones Award. When not illustrating children's books, you'll find Mark wandering the fields of Wales with his wife and daughter, picking up inspirational textures for his illustrations.