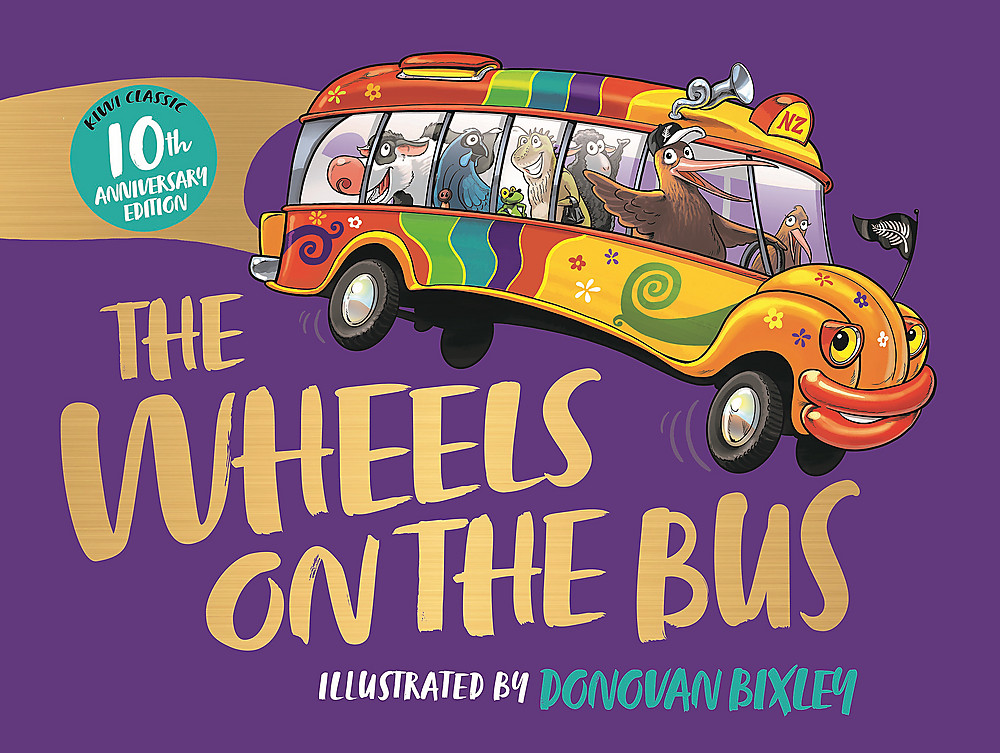 The Wheels on the Bus

This iconic song is paired with award-winning artist Donovan Bixley's illustrations. Join our kiwi bus driver as he travels the bus across New Zealand collecting friends along the way. With loads of details to look for on each page and brilliant elements of kiwiana, this is a wonderful book for your collection. Come along for the ride!