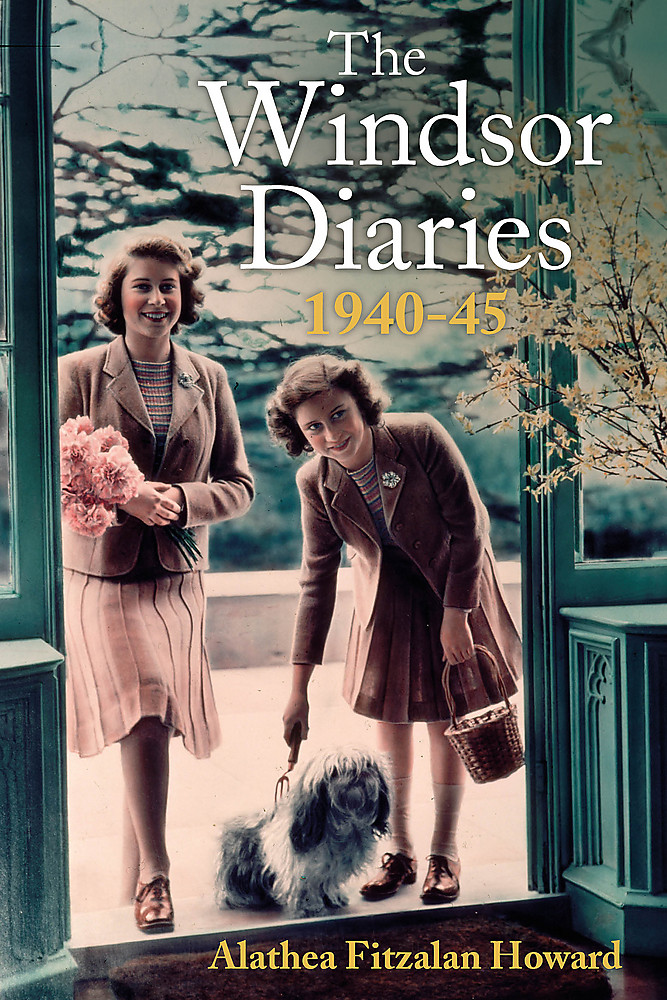 A childhood with the Princesses

'An unforgettable picture of those innocent, harmless times' A. N. Wilson, TLS'A compelling and revealing insight into the teenage life of the then Princess Elizabeth and her sister Princess Margaret' Richard Kay, Daily Mail'I loved reading this, so reminiscent of my own childhood' Anne Glenconner, author of Lady in Waiting'This is an enthralling book . . . often funny and sometimes truly moving' The Oldie'Fascinating insight into Elizabeth as a teenager' OK! Magazine************************The Windsor Diaries are the never-before-seen diaries of Alathea Fitzalan Howard, who lived alongside the young Princesses Elizabeth and Margaret at Windsor Castle during the Second World War. Alathea's home life was an unhappy one. Her parents had separated and so during the war she was sent to live with her grandfather, Viscount Fitzalan of Derwent, at Cumberland Lodge in Windsor Great Park. There Alathea found the affection and harmony she craved as she became a close friend of the two princesses, visiting them often at Windsor Castle, enjoying parties, balls, cinema evenings, picnics and celebrations with the Royal Family and other members of the Court. Alathea's diary became her constant companion during these years as day by day she recorded every intimate detail of life with the young Princesses, often with their governess Crawfie, or with the King and Queen. Written from the ages of sixteen to twenty-two, she captures the tight-knit, happy bonds between the Royal Family, as well as the aspirations and anxieties, sometimes extreme, of her own teenage mind. These unique diaries give us a bird's eye view of Royal wartime life with all of Alathea's honest, yet affectionate judgments and observations - as well as a candid and vivid portrait of the young Princess Elizabeth, known to Alathea as 'Lilibet', a warm, self-contained girl, already falling for her handsome prince Philip, and facing her ultimate destiny: the Crown.

Alathea Fitzalan Howard was born in 1923. Had she been a boy, she would eventually have become Duke of Norfolk, the head of England's leading Catholic aristocratic family, and Earl Marshal and inherited Arundel Castle. Her parents had separated and she was sent to live at Windsor with her grandfather during the Second World War. There, her constant companions were Princess Elizabeth, 13, and Margaret, 9, who were also being educated by governesses at home. Alathea's diaries begin on New Year's Eve 1939 and she continued to write them for the rest of her life. In 1953 she married Hon. Edward Ward whom she outlived. They settled in Lausanne. She died in 2001.

Isabella Naylor-Leyland is married to Alathea's nephew Philip. They have 6 children and live in Cambridgeshire. During Alathea's latter years she spent an increasing amount of time with Isabella and her family. At her death Alathea left her diaries to Isabella who has taken up the challenge of publishing them in accordance with Alathea's wish.