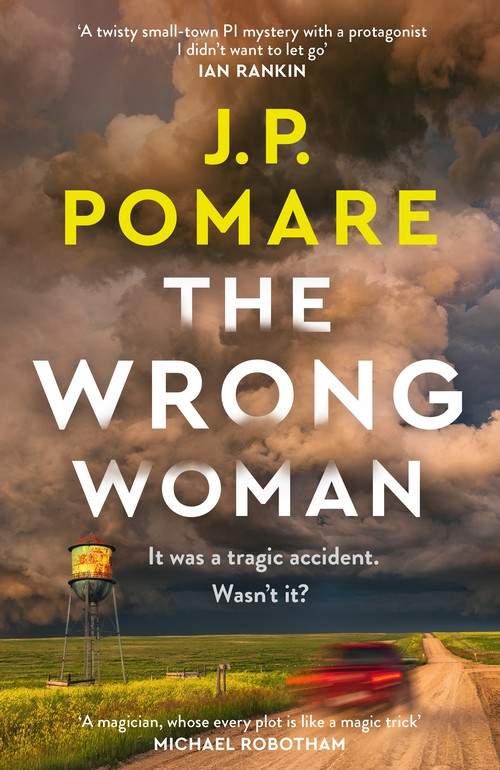 IT WAS A TRAGIC ACCIDENT. WASN'T IT? A private investigator returning to the hometown he fled years ago becomes entangled in the disappearance of two teenage girls in this stunning literary crime thriller.

Reid left the small town of Manson a decade ago, promising his former Chief of Police boss he'd never return. He made a new life in the city, became a PI and turned his back on his old life for good.Now an insurance firm has offered him good money to look into a suspicious car crash, and he finds himself back in the place he grew up - home to his complicated family history, a scarring relationship breakdown and a very public career-ending incident.As Reid's investigation unfolds, nothing is as it seems: rumours are swirling about the well-liked young woman who crashed the car, killing her professor husband, and there are whispers about a second local student who has just disappeared. As Reid veers off course from the job he has been paid to do, will he find himself in the dangerous position of taking on the town again?Praise for The Wrong Woman:'The Wrong Woman captures you from page one and then barrels along with all the hallmarks of a J.P. Pomare thriller - a twisty plot, unforgettable characters and, more importantly, heart. Read this book!' CHRISTIAN WHITE 'An expertly plotted mystery with echoes of Lee Child. I raced through it and missed it once I finished' ALLIE REYNOLDSPraise for the critically acclaimed, award-winning novels of J. P. Pomare, Call Me Evie, In the Clearing, Tell Me Lies and The Last Guests:'A plot that will drag breathless readers to the finish line' Herald Sun'A master of the carefully constructed, impeccably paced psycho-thriller' The Australian'The best crime and thriller writer in New Zealand' newsroom.'One of the most exciting literary thriller authors to come out of the country' The Saturday Paper'The atmosphere that Pomare creates is filled with unease and suspense' Better Reading'A magician, whose every plot is like a magic trick' MICHAEL ROBOTHAM'Twist follows twist and nothing is as it seems' CHRIS HAMMER'A cunning, complex, contemporary thrill-ride that seems poised for the bestseller list' CHRISTIAN WHITE'Couldn't put it down, can't stop thinking about it. Bump it to the top of your must-read list immediately' ANNA DOWNES'This nerve-wracking, fast-paced tale takes all our fears about surveillance technology and twists them intoone nightmarish Gordian knot' ROSE CARLYLE

He was born in New Zealand and resides in Melbourne with his wife and daughter.