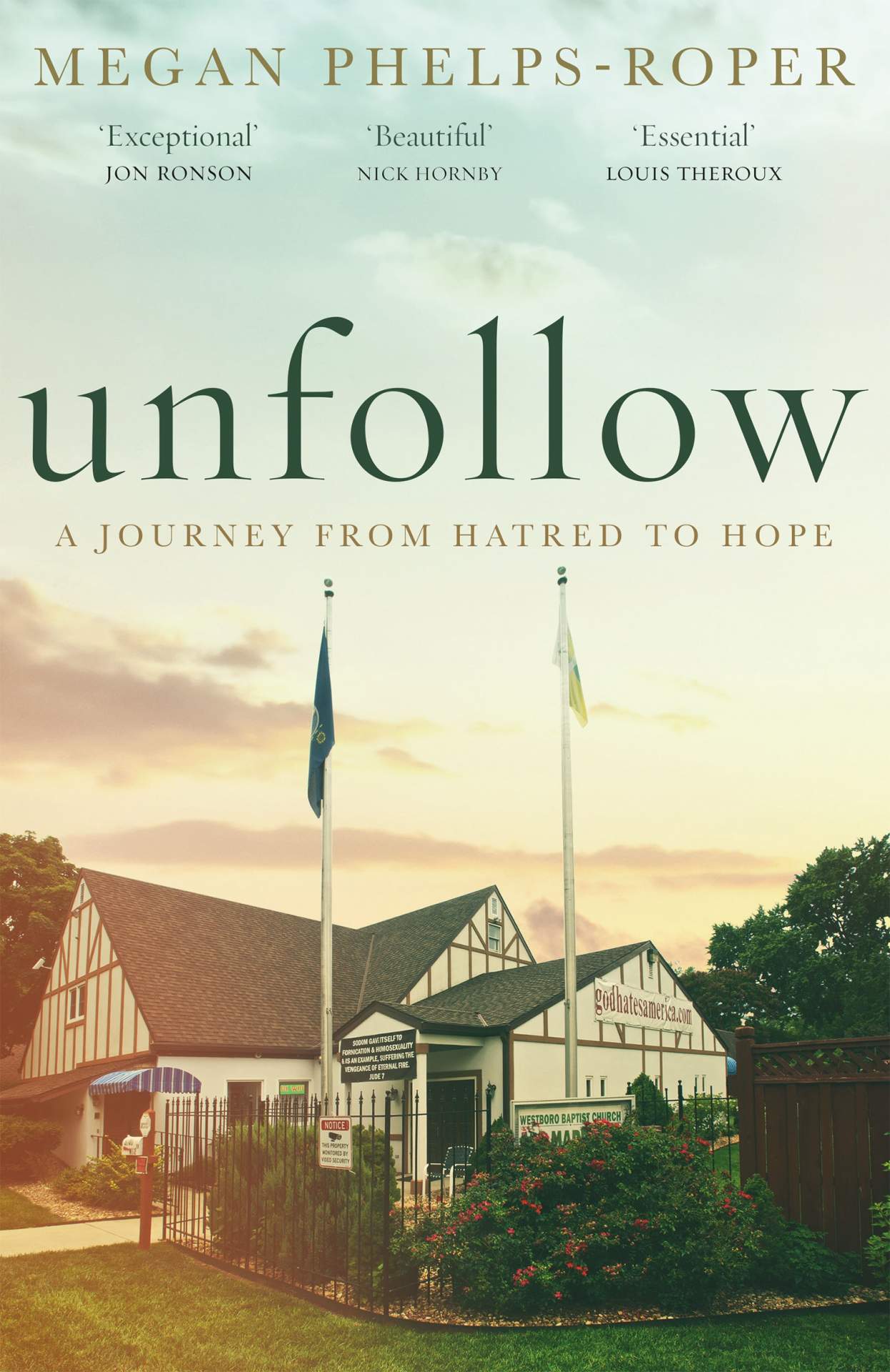 LOUIS THEROUX: 'For anyone who enjoyed HILLBILLY ELEGY or EDUCATED, UNFOLLOW is an essential text'

NICK HORNBY: 'A beautiful, gripping book about a singular soul, and an unexpected redemption'JON RONSON: 'Her journey - from Westboro to becoming one of the most empathetic, thoughtful, humanistic writers around - is exceptional and inspiring'It was an upbringing in many ways normal. A loving home, shared with squabbling siblings, overseen by devoted parents. Yet in other ways it was the precise opposite: a revolving door of TV camera crews and documentary makers, a world of extreme discipline, of siblings vanishing in the night.Megan Phelps-Roper was raised in the Westboro Baptist Church - the fire-and-brimstone religious sect at once aggressively homophobic and anti-Semitic, rejoiceful for AIDS and natural disasters, and notorious for its picketing the funerals of American soldiers. From her first public protest, aged five, to her instrumental role in spreading the church's invective via social media, her formative years brought their difficulties. But being reviled was not one of them. She was preaching God's truth. She was, in her words, 'all in'.In November 2012, at the age of twenty-six, she left the church, her family, and her life behind. UNFOLLOW is a story about the rarest thing of all: a person changing their mind. It is a fascinating insight into a closed world of extreme belief, a biography of a complex family, and a hope-inspiring memoir of a young woman finding the courage to find compassion for others, as well as herself.

Megan Phelps-Roper was raised in the Westboro Baptist Church: the Topeka, Kansas religious group known internationally for its daily public protests against members of the LGBT community, Jews, the military, other Christians, and countless others. As a child, teenager, and early twenty-something, she participated in the picketing almost daily and spearheaded the use of social media in the church. Dialogue with 'enemies' online proved instrumental in her deradicalization, and she left the church and her entire way of life in November 2012. Since then she has become an advocate for people and ideas she was taught to despise - especially the value of empathy in dialogue with people across ideological lines. She lives in South Dakota.