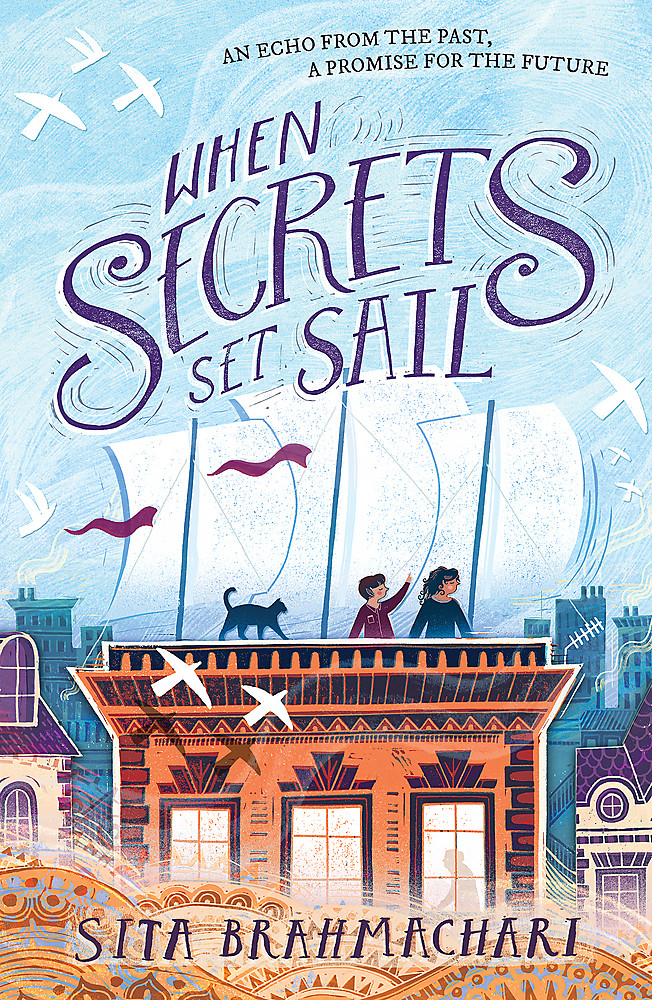 Secrets from the past are the keys to the future...if two children can find them. Bold adventure, timely themes and breath-taking writing from award-winning author, Sita Brahmachari.

Usha is devastated when her grandmother Kali Ma passes away. Then straight-talking Imtiaz arrives - her new adoptive sister - and the two girls clash instantly. They both feel lost. That is until Kali Ma's ghost appears...with a task for them.Immy's and Usha's home is full of history and secrets. Many years ago it was The House of the Ayahs - for those nannies who couldn't return to their Indian homeland - and Kali Ma made a promise she couldn't keep. She can't pass on to the other side until the girls fulfil it.Today, Usha and Immy's over-worked parents run the house as a home for refugees, but eviction threatens. The precious documents that could save them are lost. As the house slowly fills up with ghosts, that only Usha and Imtiaz can see, the girls realise they have more to save than just one grandmother's ghost.With help from their new friend Cosmo, Usha and Immy must set off on a quest through London, accompanied by two bickering ghosts, working together to find a series of objects that shine a magical light on their family's past and hold the clues to securing their future.If they can set the secrets of generations free, will they be in time to save their home?

Sita Brahmachari won the Waterstones Children's Book Prize with her debut Artichoke Hearts and is one of the most interesting and important voices in children's books today. Tender Earth was awarded an honour by the International Board of Books for Young People, and her most recent novel, Where The River Runs Gold, published to great acclaim in July 2019. Sita's books have been shortlisted for the UKLA Book Award, nominated for the CILIP Carnegie Medal, and have been translated into many languages around the world. She was the 2015 Booktrust's Writer in Residence and is the current Writer in Residence at Islington Centre for Refugees and Migrants. Sita is also an Amnesty International ambassador. She lives in London with her family.