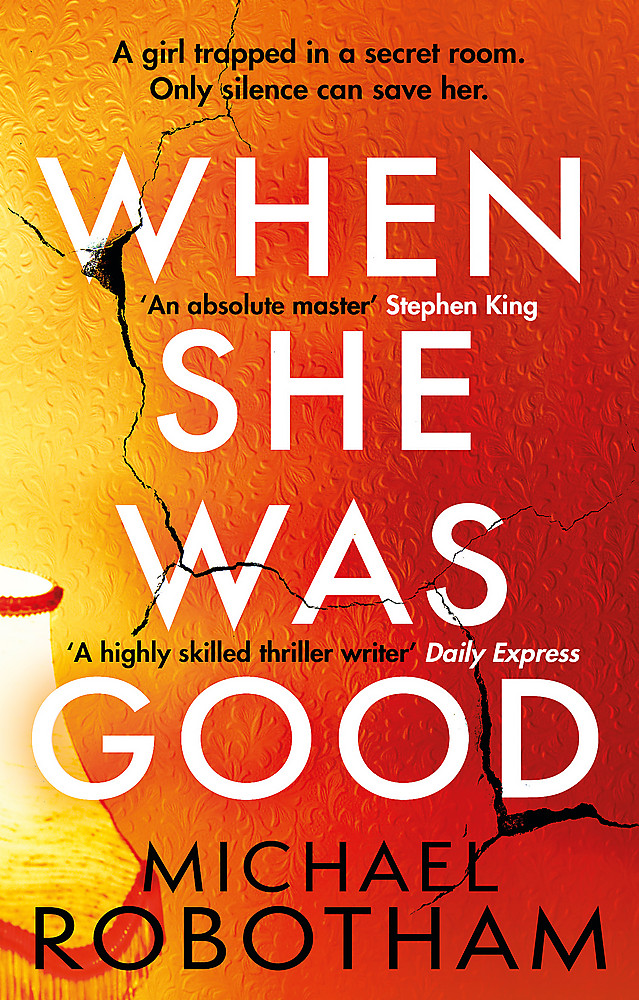 A secret room. A silent girl. A shocking truth.Evie Cormac was found at a murder scene six years ago, hiding in a secret room. She has never revealed her real name, why she was in that house, or what she saw.Forensic psychologist Cyrus Haven wants to help the traumatised teenager. He thinks unravelling Evie's secrets will free her from the past.But he has no idea what he's about to unleash . . .__________WINNER OF THE CRIME WRITERS' ASSOCIATION STEEL DAGGER FOR BEST THRILLER OF 2021'What makes Michael stand out is how he invests suspense with such a strong emotional pull. No one else comes close' Linwood Barclay'Never lets up on the suspense . . . Definitely Robotham's best to date' Globe and Mail'Clever, intriguing and compelling, I loved this book' Rachel Abbott'So good that I rationed my reading as I didn't want to finish it' ***** Reader Review'Tense, immersive and riveting' ***** Reader Review'Keeps your attention in a vice-like grip' ***** Reader ReviewA #1 FICTION BESTSELLER IN AUSTRALIA, AUGUST 2020__________<font size="+1">PRAISE FOR MICHAEL ROBOTHAM'S THRILLERS:</font>'An absolute master' Stephen King'Superbly exciting' Guardian'He writes in a voice with a haunting sense of soul' Peter James'Robotham is the real deal' David Baldacci'Heart-stopping and heart-breaking' Val McDermid'Will have you turning the pages compulsively' Times