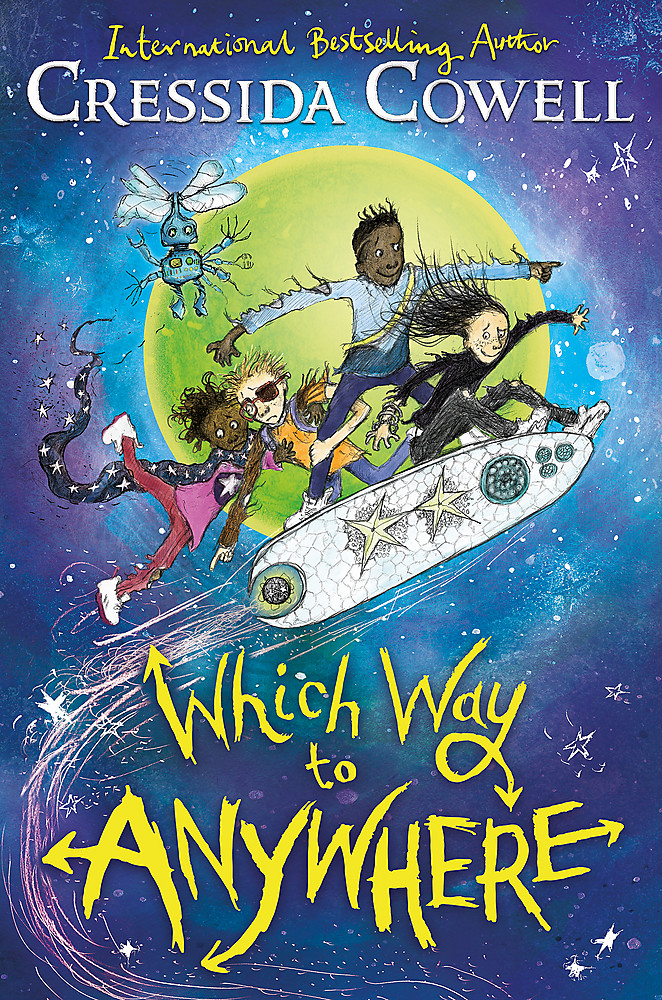 Which Way to Anywhere

From the bestselling author of How to Train Your Dragon comes an epic new series that will transport you into another world ...

K2 O'Hero is a seemingly ordinary boy from a truly extraordinary family - he and his twin sister Izzabird have been sworn to keep their family's history of magical explorers a secret. Not even their infuriating stepsiblings, Theo and Mable, know magic exists. They believe K2 to be the most hopeless person they have ever known.But K2 has a secret gift.He draws maps of worlds that are beyond the wildest of imaginations. Worlds with six hundred moons, burning rivers, armoured robots and dark, twisty jungles alive with cannibal plants who hunt by the smell of fear. But what K2 doesn't know, is that the maps he draws are real. They are worlds beyond the world we know, and the maps he draws make up an Alternative Atlas showing the exact spot where the worlds cross.K2 and his warring siblings are going to have to use this gift to cross over into another world on a daring rescue mission to save the one thing they agree on: their baby sister Annipeck who they all adore. And with a terrible beast and a petrifying robot assassin in their way, they must work together and learn how to be brave - because the future of their family is at stake ...