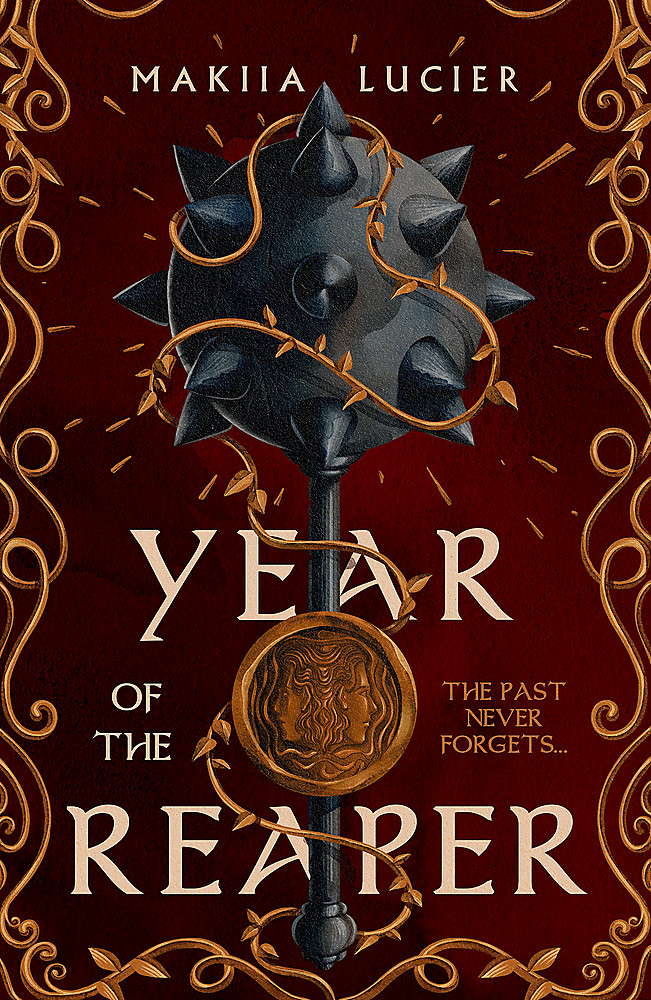 Year of the Reaper

'I love the magic Lucier weaves through this dark yet hopeful tale. I devoured it in one sitting!' Kristin Cashore, author of the New York Times bestselling Graceling Realm booksThree years ago, Lord Cassia disappeared in the midst of war, on a mission entrusted to him by the king. Since then, a devastating plague has swept the land, leaving countless dead and the kingdom forever altered.Having survived a rotting prison cell and a merciless illness, Cas, now eighteen, wants only to return to his home in the mountains and forget past horrors. But home is not what he remembers. His castle has become a refuge for the royal court. And they have brought their enemies with them.When an assassin targets those closest to the queen, Cas is drawn into a search for a killer... one that leads him to form an unexpected bond with a brilliant young historian named Lena. Cas and Lena soon realize that who is behind the attacks is far less important than why. They must look to the past, following the trail of a terrible secret - one that could threaten the kingdom's newfound peace and plunge it back into war.'A beautifully crafted novel containing everything I love in an epic fantasy: complex characters and relationships, excellent worldbuilding, and a compelling story full of twists and turns. The central characters, with their strengths and flaws, feel entirely real' Juliet Marillier, author of the Blackthorn & Grim and Warrior Bards series

Makiia Lucier is the author of A Death-Struck Year, the Isle of Blood and Stone duology, and Year of the Reaper.

Her books have appeared on many notable lists, including the Kids' Indie Next, the American Booksellers Association's 'Best Books for Children,' and the American Library Association's 'Best Fiction for Young Adults.' A Death-Struck Year, her debut novel, is set in Portland, Oregon during the Spanish Flu pandemic of 1918. The world of St. John del Mar, in which Isle of Blood and Stone and Song of the Abyss take place, was inspired by a childhood love of the Indiana Jones movies, as well as a lifelong fascination with old, old maps.Makiia grew up on the Pacific island of Guam and now lives with her family in North Carolina.