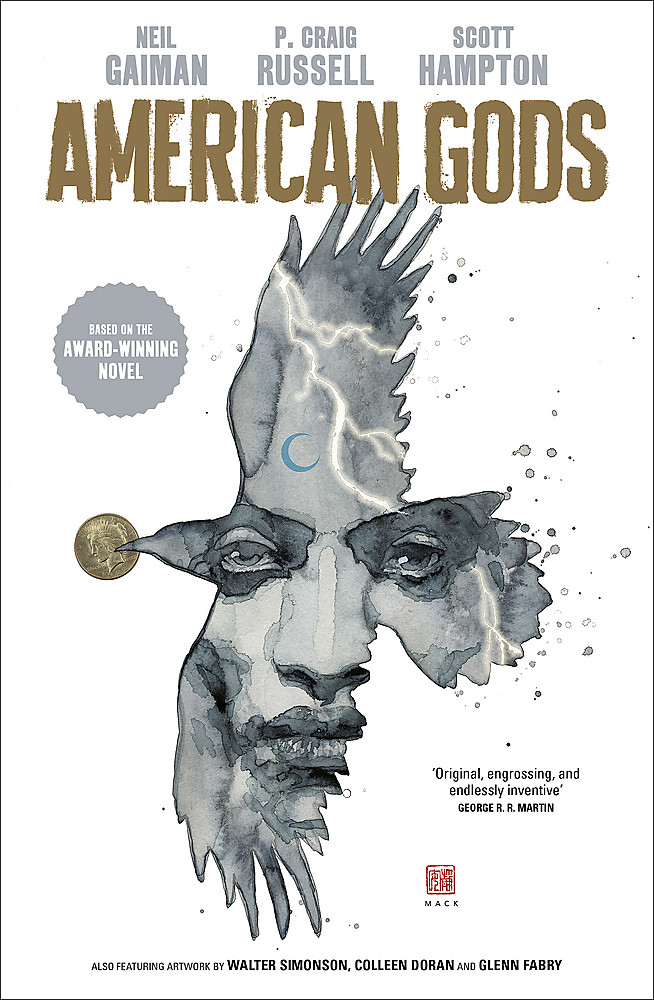 Adapted for the first time in stunning comic book form

'A must for any fan of American Gods or the work of Neil Gaiman... [sitting] alongside the TV series and the novel as another way to tackle and understand Gaiman's deep, rich narrative' StarburstShadow Moon gets out of jail only to discover his wife is dead. Defeated, broke and uncertain where to go from here, he meets the mysterious Mr. Wednesday, who employs him to serve as his bodyguard - thrusting Shadow into a deadly world where ghosts of the past come back from the dead, and a god war is imminent.

Neil Gaiman is the author of over thirty acclaimed books and graphic novels for adults and children, including AMERICAN GODS, STARDUST, CORALINE, THE GRAVEYARD BOOK and TRIGGER WARNING: SHORT FICTIONS AND DISTURBANCES. His most recent novel for adults, THE OCEAN AT THE END OF THE LANE was highly acclaimed, appeared on the hardback and paperback Sunday Times bestseller lists and won several awards, including being voted Book of the Year in the National Book Awards 2013: 'Some books you read. Some books you enjoy. But some books just swallow you up, heart and soul' Joanne Harris.

The recipient of numerous literary honours, Neil Gaiman's work has been adapted for film, television and radio. He has written scripts for Doctor Who, collaborated with authors and illustrators including Terry Pratchett, Dave McKean and Chris Riddell, and THE SANDMAN is established as one of the classic graphic novels. As George R. R. Martin says: 'There's no one quite like Neil Gaiman.'Originally from England, Neil Gaiman now lives in America.@neilhimself