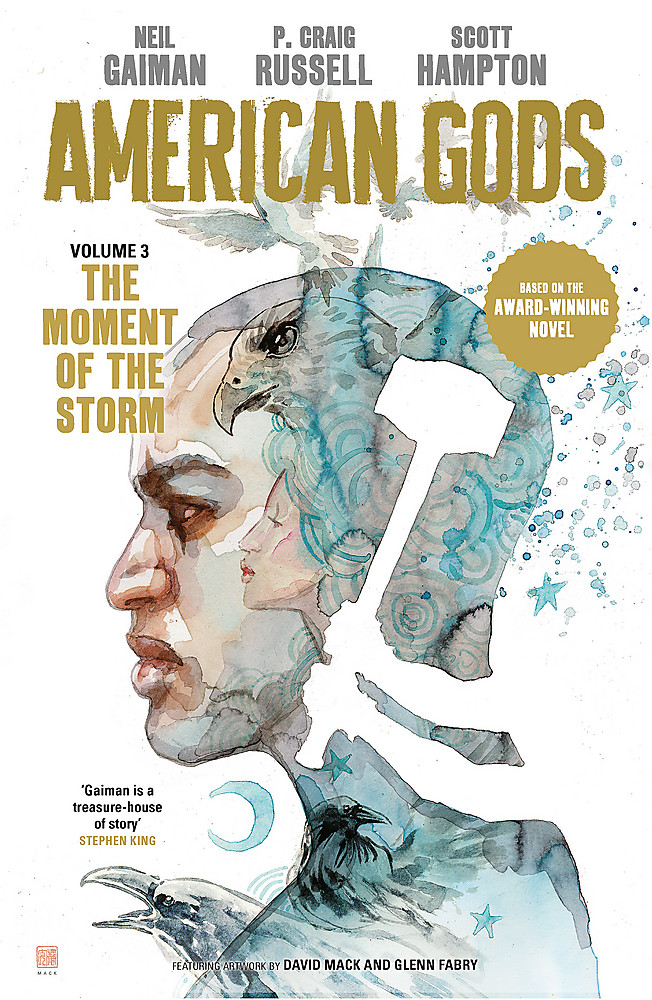 American Gods: The Moment of the Storm

'Original, engrossing and endlessly inventive' - George R. R. Martin.The final confrontation between new and old gods, with humanity caught in the middle.The new and old gods agree to meet in the centre of America to exchange the body of the old gods' fallen leader - heading towards the inevitable god war in this final arc to the bestselling comic series.This volume collects the third nine issues of the seminal American Gods comic book series.

Neil Gaiman is the author of over thirty acclaimed books and graphic novels for adults and children, including AMERICAN GODS, STARDUST, CORALINE, THE GRAVEYARD BOOK and TRIGGER WARNING: SHORT FICTIONS AND DISTURBANCES. His most recent novel for adults, THE OCEAN AT THE END OF THE LANE was highly acclaimed, appeared on the hardback and paperback Sunday Times bestseller lists and won several awards, including being voted Book of the Year in the National Book Awards 2013: 'Some books you read. Some books you enjoy. But some books just swallow you up, heart and soul' Joanne Harris.

The recipient of numerous literary honours, Neil Gaiman's work has been adapted for film, television and radio. He has written scripts for Doctor Who, collaborated with authors and illustrators including Terry Pratchett, Dave McKean and Chris Riddell, and THE SANDMAN is established as one of the classic graphic novels. As George R. R. Martin says: 'There's no one quite like Neil Gaiman.'Originally from England, Neil Gaiman now lives in America.@neilhimself