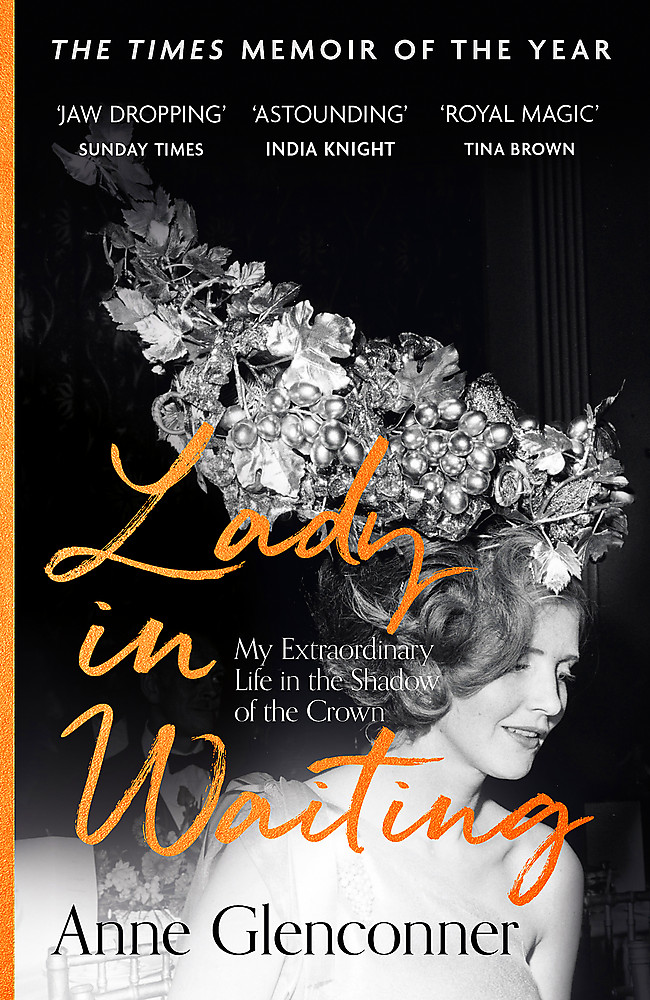 My Extraordinary Life in the Shadow of the Crown

'If your jaw doesn't drop at least three times every chapter, you've not been paying proper attention'THE SUNDAY TIMES'A captivating account of a life lived with resilience and grace'DAILY MAIL'The stoical Lady G writes with infectious joy and optimism'DAILY EXPRESS'I can't recommend it highly enough'LORRAINE KELLY'Gentle, wise, unpretentious, but above all inspiring'THE TIMES'A candid, witty and stylish memoir'MIRANDA SEYMOUR, FINANCIAL TIMES'Stalwart and disarmingly honest . . . emotion resonates through this delightful memoir'THE WALL STREET JOURNAL'Discretion and honour emerge as the hallmarks of Glenconner's career as a royal servant, culminating in this book which manages to be both candid and kind'GUARDIAN'I couldn't put it down. Funny and touching - like looking through a keyhole at a lost world.'RUPERT EVERETTThe remarkable life of Lady in Waiting to Princess Margaret who was also a Maid of Honour at the Queen's Coronation. Anne Glenconner reveals the real events behind The Crown as well as her own life of drama, tragedy and courage, with the wonderful wit and extraordinary resilience which define her.Anne Glenconner has been close to the Royal Family since childhood. Eldest child of the 5th Earl of Leicester, she was, as a daughter, described as 'the greatest disappointment' by her family as she was unable to inherit. Her childhood home Holkham Hall is one of the grandest estates in England. Bordering Sandringham the Princesses Elizabeth and Margaret were frequent playmates. From Maid of Honour at the Queen's Coronation to Lady in Waiting to Princess Margaret, Lady Glenconner is a unique witness to royal history, as well as an extraordinary survivor of a generation of aristocratic women trapped without inheritance and burdened with social expectations. She married the charismatic but highly volatile Colin Tennant, Lord Glenconner, who became the owner of Mustique. Together they turned the island into a paradise for the rich and famous, including Mick Jagger and David Bowie, and it became a favourite retreat for Princess Margaret. But beneath the glitz and glamour there has also lurked tragedy. On Lord Glenconner's death in 2010 he left his fortune to a former employee. And of their five children, two grown-up sons died, while a third son had to be nursed back from a coma by Anne, after having suffered a near fatal accident. Anne Glenconner writes with extraordinary wit, generosity and courage and she exp

Lady Glenconner is now 88. She was born Lady Anne Coke in 1932, the eldest daughter of the 5th Earl of Leicester, and growing up in their ancestral estate at Holkham Hall in Norfolk. A Maid of Honour at the Queen's Coronation, she married Lord Glenconner in 1956. They had 5 children together of whom 3 survive. In 1958 she and her husband began to transform the island of Mustique into a paradise for the rich and famous. They granted a plot of land to Princess Margaret who built her favourite home there. She was appointed Lady in Waiting to Princess Margaret in 1971 and kept this role - accompanying her on many state occasions and foreign tours - until her death in 2002. Lord Glenconner died in 2010, leaving everything in his will to his former employee. She now lives in a farmhouse near Kings Lynn in Norfolk.