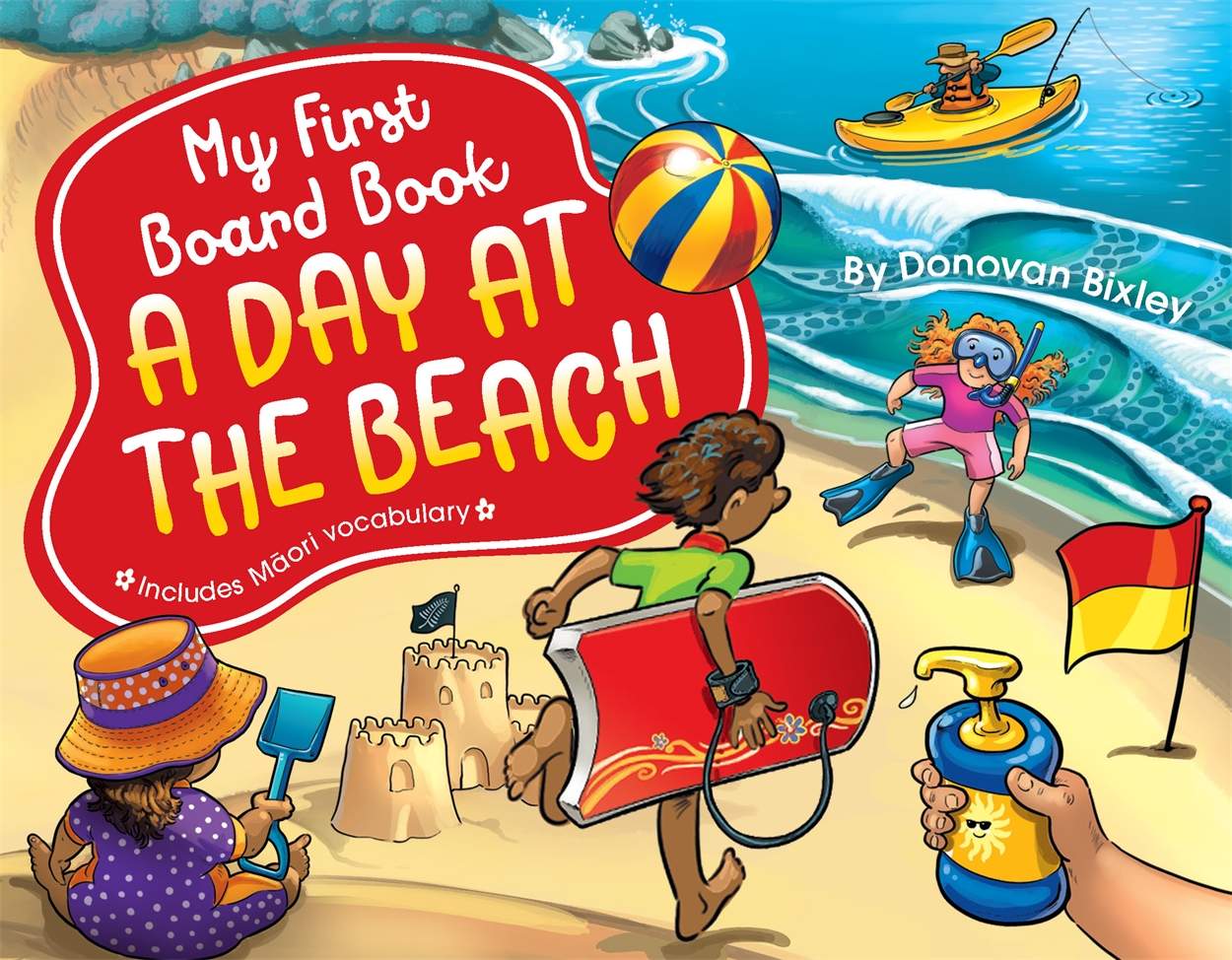 My First Board Book: A Day at the Beach

Name all the things you can see down by the sea in English and te reo Maori with this vibrant board book from award-winning illustrator Donovan Bixley.

What can you see on a day at the beach? A sandcastle (pa kirikiri), some waves (ngaru), or a lifeguard (kaikauhauora)? A DAY AT THE BEACH is a fun and engaging seaside excursion that is perfect for Kiwi kids!"Early concept boardbooks and picture books are essential as a way to both teach children language and begin their lifelong love of books." - The Sapling*** Love this book? Check out My First Board Book: A Day at the Zoo ***