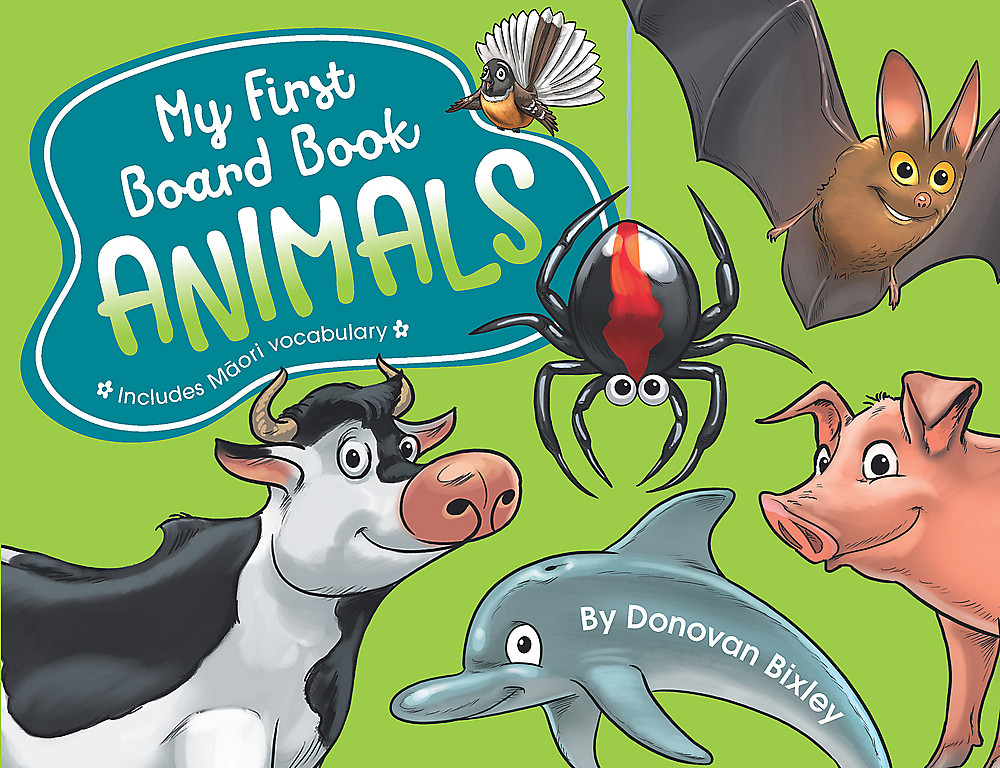 My First Board Book: Animals

A wonderfully illustrated Donovan Bixley board book for learning animal names in both English and Maori.