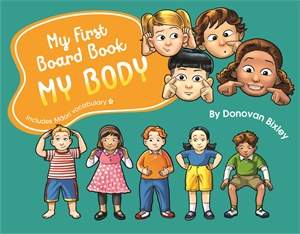 My First Board Book: My Body

When you look in the mirror what do you see? Eyes (nga whatu), ears (taringa), nose (ihu), mouth (waha) and more. With a fun and engaging action page at the end, this is a perfect for Kiwi kids!

"Early concept boardbooks and picture books are essential as a way to both teach children language and begin their lifelong love of books." - The Sapling*** Love this book? Check out My First Board Book: Under the Sea ***