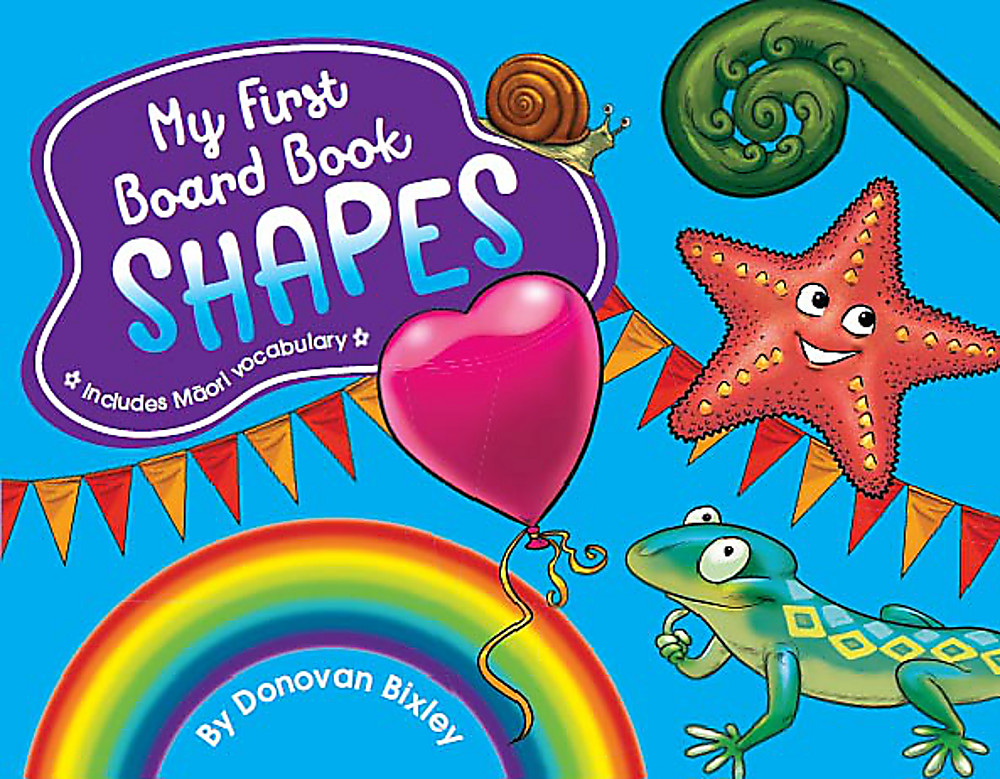 My First Board Book: Shapes

A wonderfully illustrated Donovan Bixley board book for learning shapes in both English and Maori.

Including the circle (porowhita), diamond (taimana) and stars (whetu). Perfect for Kiwi kids.