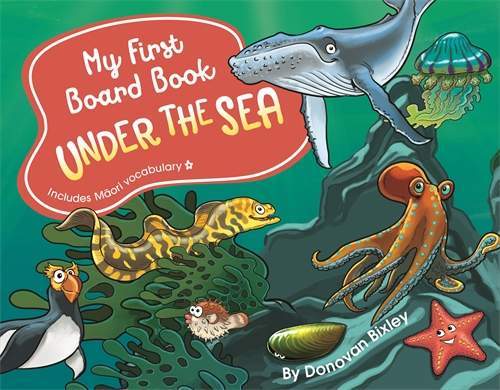 My First Board Book: Under the Sea

What can you see Under the Sea? A ginormous whale (tohora) or a tiny scallop (tipa)? UNDER THE SEA is a fun and engaging adventure that is perfect for Kiwi kids!

"Early concept boardbooks and picture books are essential as a way to both teach children language and begin their lifelong love of books." - The Sapling*** Love this book? Check out My First Board Book: My Body ***