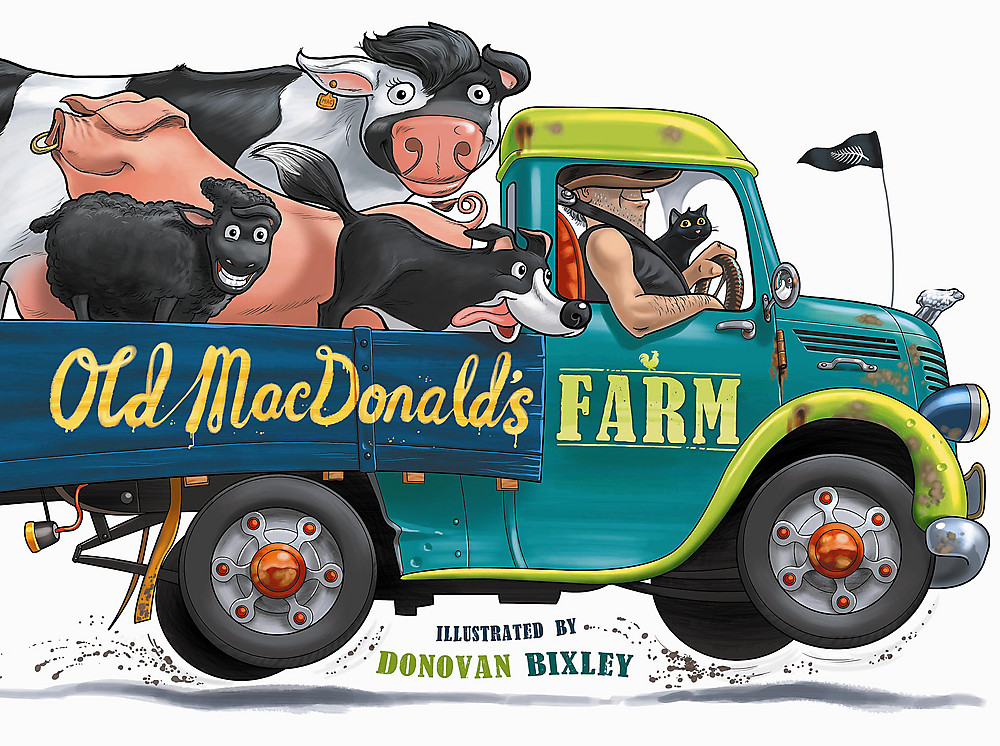 "Old Macdonald had a farm - e-i-e-i-o . . ." Everyone knows the song. But now the farm and animals are in New Zealand and old Macdonald has a Swanndri and gumboots. Donovan Bixley's illustrations depict the beautiful New Zealand landscape - with farm animals! But what are those crazy animals up to?