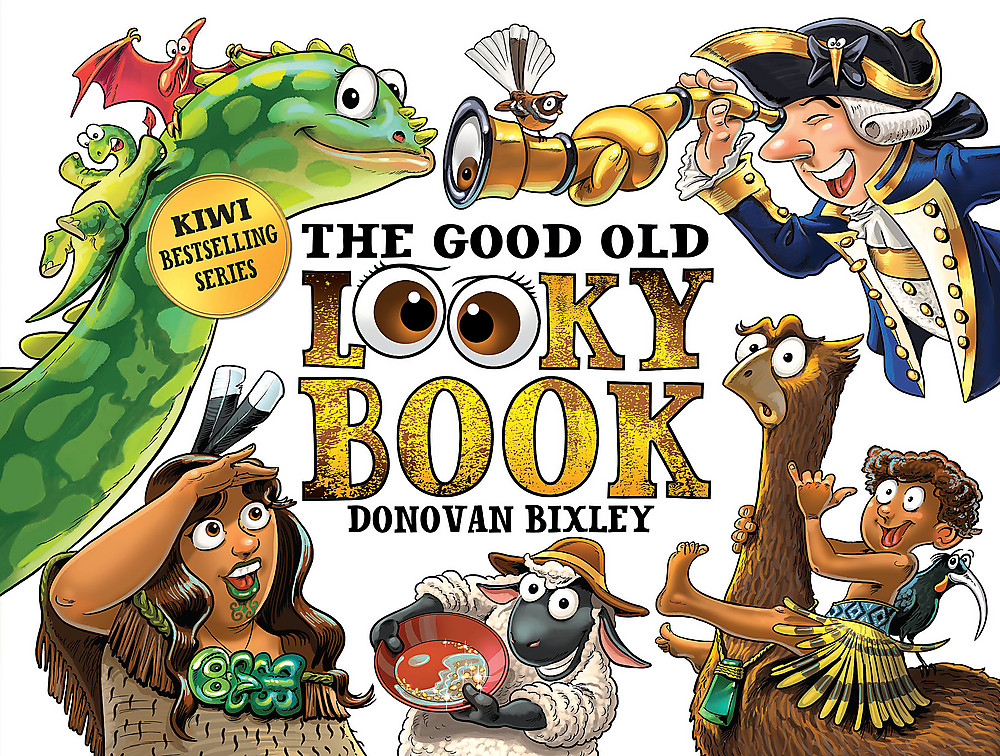 How good are your counting skills? Could you find the moa hiding from the giant eagles?

Can you help the children in the classroom find all the letters in the alphabet?The Looky Book series continues with a hilarious 24-page puzzle book that takes a look through the history of New Zealand. Providing hours of quality fun for children aged five and up, with loads of extra details added in for adults.From bestselling New Zealand illustrator Donovan Bixley.'An engaging puzzle book bursting with colourful illustrations of New Zealand landscape, birds and animals in true Kiwiana style' - The Australian Women's Weekly on The Looky Book their Children's Book of the Month.