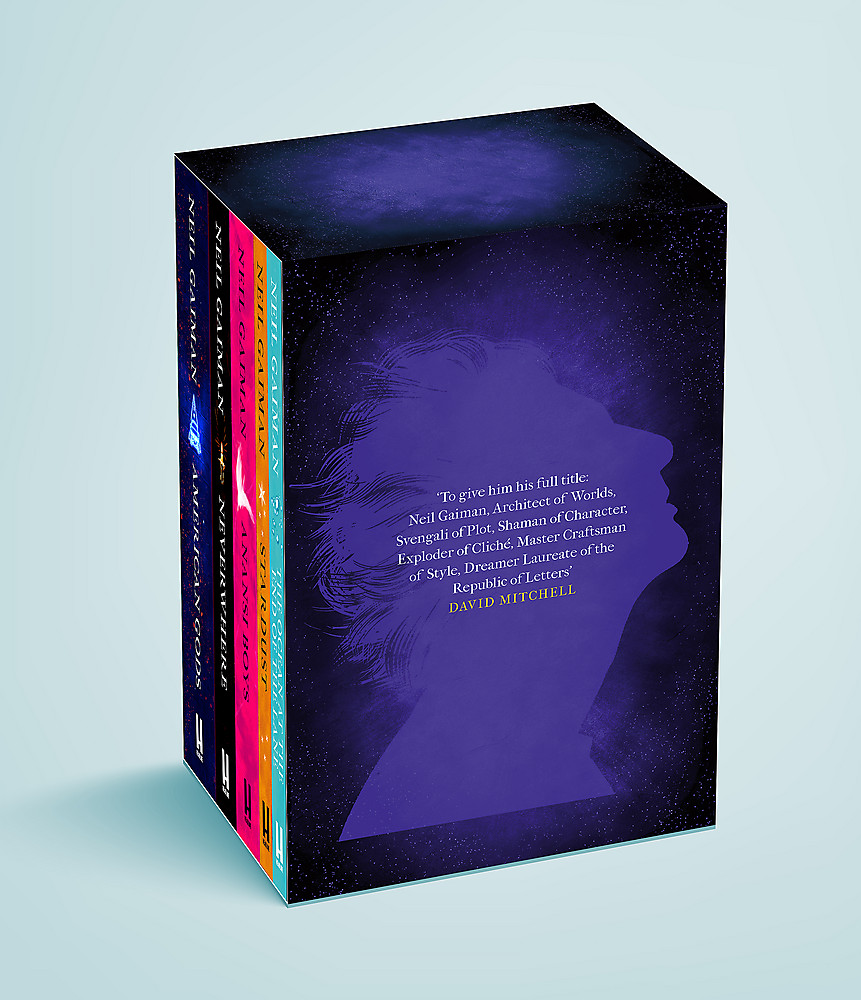 Neverwhere. Stardust. American Gods. Anansi Boys. The Ocean at the End of the Lane.NEIL GAIMAN. WITH STORIES COME POSSIBILITIES.'To give him his full title: Neil Gaiman, Architect of Worlds, Svengali of Plot, Shaman of Character, Exploder of Cliche, Master Craftsman of Style, Dreamer Laureate of the Republic of Letters' DAVID MITCHELL'It's virtually impossible to read more than ten words by Neil Gaiman and not wish he would tell you the rest of the story' OBSERVER--NEVERWHERE: Under the streets of London lies a world most people could never dream of. And for Richard Mayhew, it's just the beginning.STARDUST: Young Tristran Thorn goes over his town's ancient wall into the mysterious land of Faerie - a world that is dangerous and strange beyond imagining . . .AMERICAN GODS: A profoundly strange American road trip. War is coming, and Shadow Moon is standingsquarely in its path.ANANSI BOYS: Everything changes for Fat Charlie Nancy, the South London boy so called by his father, the day his dad drops dead while doing karaoke.THE OCEAN AT THE END OF THE LANE: The recollections of a man who thought he was lost but is now, perhaps, remembering a time when he was saved . . .DetailsBox set of five Neil Gaiman novelsBespoke matt laminated and spot varnished slipcase

Neil Gaiman is the No.1 Sunday Times and New York Times bestselling writer of books, graphic novels, short stories, film and television for all ages, and is known for creating extraordinary worlds beyond imagination. He has been awarded numerous literary honours and many of his books have been made into films and adapted for TV and radio. In recent years, Neil wrote and was the showrunner for a critically acclaimed television adaptation of Good Omens, the seminal novel he co-authored with the late Sir Terry Pratchett. He has also written two episodes of Doctor Who and appeared in The Simpsons as himself.

In 2017, Neil became a Goodwill Ambassador for UNHCR, the UN Refugee Agency. He received a Doctor of Letters from the University of St Andrews, is a Professor in the Arts at Bard College and is a Royal Society of Literature fellow. Born in the UK, Neil now mostly lives in America, and travels all around the world every year appearing at festivals, events and conventions.