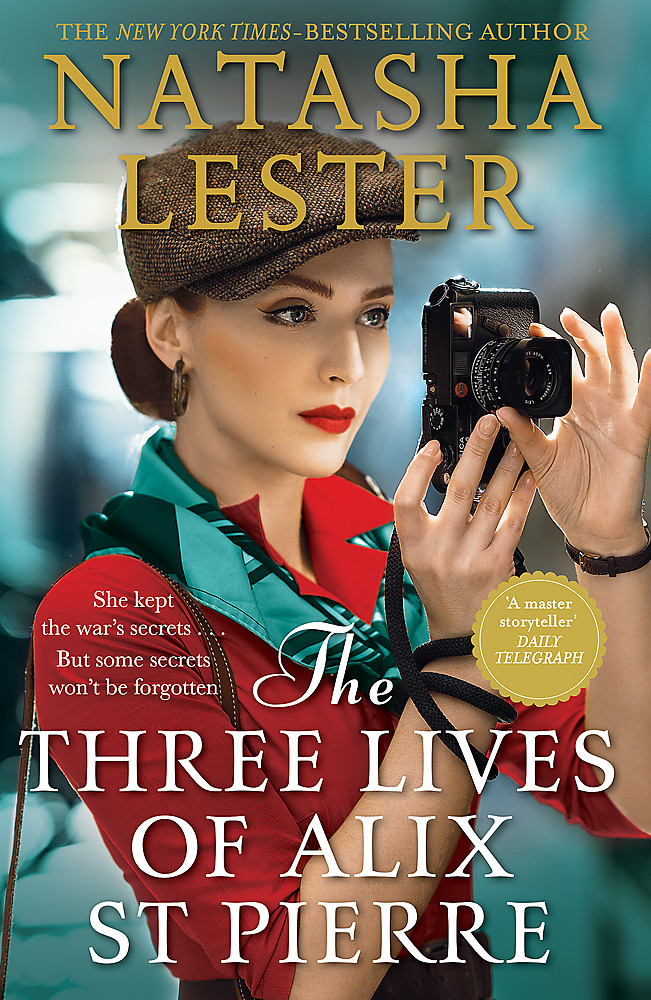 1943. After spearheading several successful advertising campaigns in New York, PR wizard Alix St Pierre comes to the attention of the US government and finds herself recruited into a fledgling intelligence organisation. Enlisted as a spy, Alix is sent to Europe where she is tasked with getting close to a Nazi who might be willing to help the Allied forces - but there's also the chance he might be a double agent. 1946. Following the war, Alix moves to Paris to run the Service de la Presse for the yet-to-be-launched House of Christian Dior. But when a figure from the war reappears and threatens to destroy her future, Alix realises that only she can right the wrongs of the past and bring him to justice. The Three Lives of Alix St Pierre is a thrilling, sumptuous work of historical fiction told in three timelines: before, during and after WWII. This completely immersive story takes readers from the dangerous, intrigue-filled rooms in Switzerland where elites of both sides mingled and schemed during the war, to the glamorous halls of the House of Dior in the golden age of French fashion and journalism.Praise for The Three Lives of Alix St Pierre:'Sparkling and complex, like vintage Champagne. In The Three Lives of Alix St Pierre, Natasha Lester gives us a brilliant, fascinating and multi-layered heroine . . . Lester's masterful storytelling held me enthralled from the first page!' CHRISTINE WELLS, author of Sisters of the Resistance'Natasha Lester has done it again with this sumptuously written page-turner! Alix St Pierre is everything that makes an admirable heroine - independent, plucky, and clever . . . A captivating novel that readers will absolutely adore' MADELINE MARTIN, author of The Librarian Spy'In her latest novel, The Three Lives of Alix St Pierre, Natasha Lester has expertly woven a brilliant heroine who is as brave in the fashion world as she is spying on the enemy. From page one, I was completely captivated by her daring and enamored with the glamour of Paris fashion. Whether dressed in Dior, or a pair of trousers, Alix is a force to be reckoned with, and a heroine we all want to be. Though her past threatens to take her down, Alix faces her challenges with wit and intelligence. Unputdownable!' ELIZA KNIGHT, author of The Mayfair BookshopPraise for Natasha Lester:'Lester's densely plotted new novel that leaves you almost as breathless as its colourful

Natasha Lester is the international bestselling author of A Kiss from Mr Fitzgerald, Her Mother's Secret, The Paris Seamstress, The French Photographer, The Paris Secret and The Riviera House, and a former marketing executive for L'Oreal. Her novels have been translated into many different languages and are published all around the world.