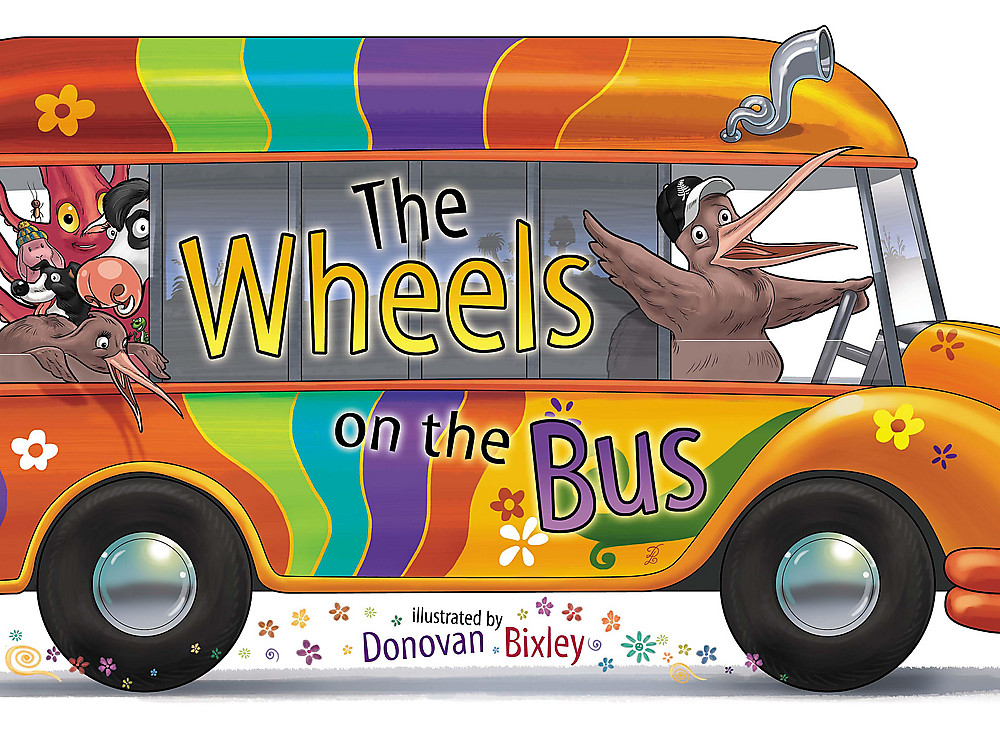 The Wheels on the Bus

"The wheels on the bus go round and round..." Everyone knows the song. But now the bus is going around beautiful New Zealand and its passengers you just might know: kiwi, penguin, tuatara, fantail and many more. Come along for the ride!