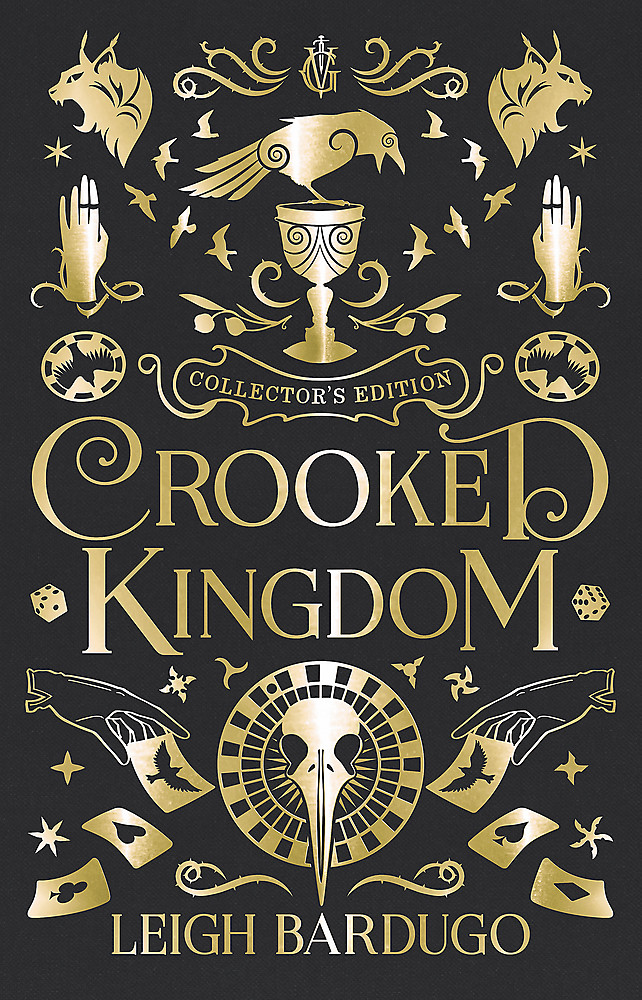 A glorious Collector's Edition of New York Times bestselling, epic fantasy novel CROOKED KINGDOM, featuring:*Intricate gold iconography from the world of the book**Seven pieces of full-color character artwork from Monolime**A new and exclusive letter of introduction from the author**Deep black sprayed edges**Endpaper maps*This beautiful hardback is a perfect gift for fans, or to discover the unforgettable writing of Leigh Bardugo before the Grishaverse comes to Netflix soon with Shadow and Bone, an original series.Welcome to the world of the Grisha.Kaz Brekker and his crew of deadly outcasts have just pulled off a heist so daring even they didn't think they'd survive. But instead of divvying up a fat reward, they're right back to fighting for their lives.Double-crossed and badly weakened, the crew is low on resources, allies, and hope. As powerful forces from around the world descend on Ketterdam to root out the secrets of the dangerous drug known as jurda parem, old rivals and new enemies emerge to challenge Kaz's cunning and test the team's fragile loyalties.A war will be waged on the city's dark and twisting streets - a battle for revenge and redemption that will decide the fate of the Grisha world.As gripping, sweeping and memorable as the Grisha trilogy - SHADOW AND BONE, SIEGE AND STORM and RUIN AND RISING - this novel is perfect for fans of Sarah J. Maas, Laini Taylor, Kristin Cashore and GAME OF THRONES.Winner of the Teen Choice Book Award for Book of the Year.