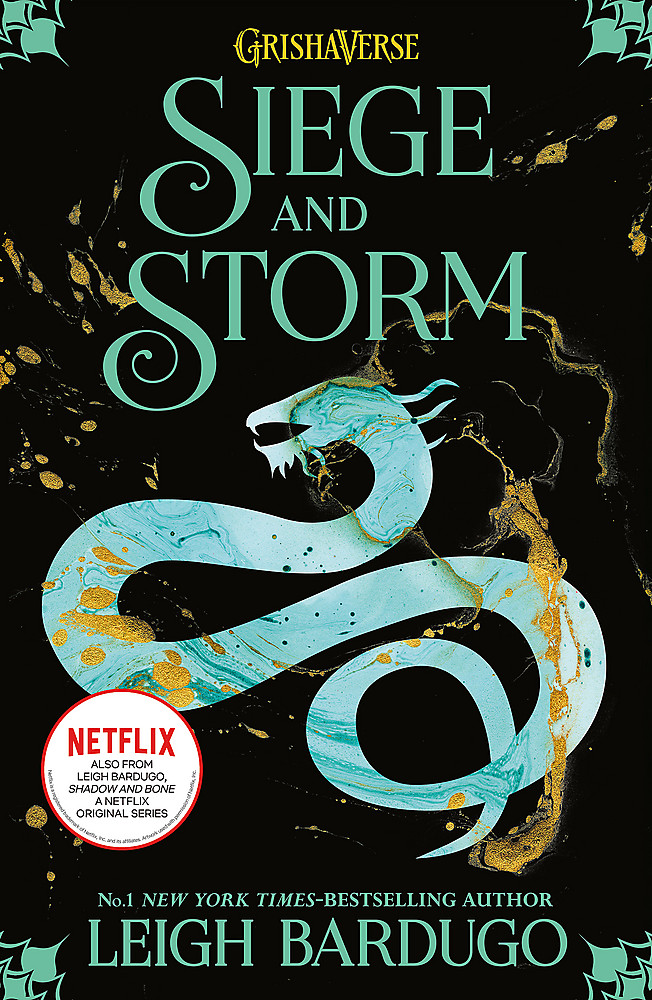 Shadow and Bone: Siege and Storm

Enter the GRISHAVERSE with book three of THE SAHODW AND BONE TRILOGY by number one New York Times-bestselling author Leigh Bardugo. Perfect for fans of Laini Taylor and Sarah J. Maas.

Now with a stunning new cover and exclusive bonus material: THE DEMON IN THE WOOD (a DARKLING prequel story) and a Q&A with Leigh Bardugo.Soldier. Summoner. Saint.The nation's fate rests with a broken Sun Summoner, a disgraced tracker, and the shattered remnants of a once-great magical army.The Darkling rules from his shadow throne while a weakened Alina Starkov recovers from their battle under the dubious protection of the zealots who worship her as a Saint. Now her hopes lie with the magic of a long-vanished ancient creature and the chance that an outlaw prince still survives.As her allies and enemies race toward war, only Alina stands between her country and a rising tide of darkness that could destroy the world. To win this fight, she must seize a legend's power - but claiming the firebird may be her ruin.Read all the books in the GRISHAVERSE!THE SHADOW AND BONE TRILOGY(previously published as THE GRISHA TRILOGY)SHADOW AND BONESIEGE AND STORMRUIN AND RISINGTHE SIX OF CROWS DUOLOGYSIX OF CROWSCROOKED KINGDOMTHE LANGUAGE OF THORNS: MIDNIGHT TALES AND DANGEROUS MAGIC