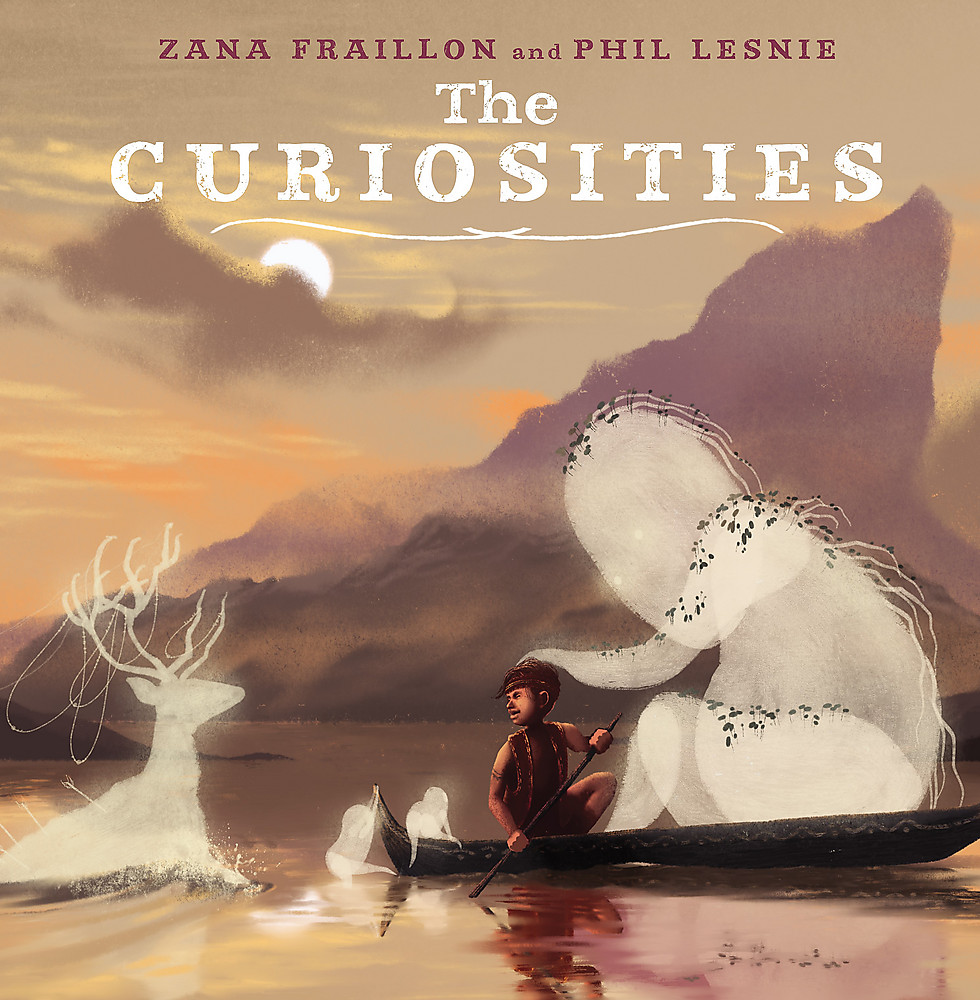 With the Curiosities, a whole world of wonders and possibles awaits...

Miro wakes one morning to find the world isn't quite the way he thought it was. When the Curiosities choose Miro as the one they nest on, Miro is led to discover all the marvels waiting in the shadows where no-one else looks. Sometimes though, the Curiosities can make Miro feel alone and invisible in the darkness. But perhaps Miro isn't as alone as he thinks...A beautiful celebration of disability, diversity and pride in who you are, from one of Australia's most loved and awarded writers for children.

Zana Fraillon (she/her) was born in Naarm (Melbourne), but spent her early childhood in San Francisco. Her 2016 novel The Bone Sparrow won the ABIA Book of the Year for Older Children, the Readings Young Adult Book Prize and the Amnesty CILIP Honour. It was also shortlisted for the Prime Minister's Literary Awards, the Queensland Literary Awards, the Guardian Children's Fiction Prize, the Gold Inky and the CILIP Carnegie Medal. Her book The Lost Soul Atlas (2020) won the 2020 Aurealis Award for Best Children's Fiction and was shortlisted for the 2021 Children's Book Council Award for Book of the Year: Older Readers. She spent a year in China teaching English and now lives in Melbourne with her three children, husband and two dogs. When Zana isn't reading or writing, she likes to explore the museums and hidden passageways scattered across Melbourne. They provide the same excitement as that moment before opening a new book - preparing to step into the unknown where a whole world of possibilities awaits.Phil Lesnie (Illustrator) Phil Lesnie is a Sydney-based illustrator of children's books. He is also a children's bookseller. It is entirely possible that he hasn't read a title written for adults since he became one. He works primarily in watercolour, because in a watercolour painting even mistakes look lovely. He is the illustrator of Feathers, which was shortlisted for the Prime Minister's Literary Awards in 2018. His first three books were CBCA Notable books in 2015, 2016 and 2018. But his first cat, Cassidy, is notable all of the time.