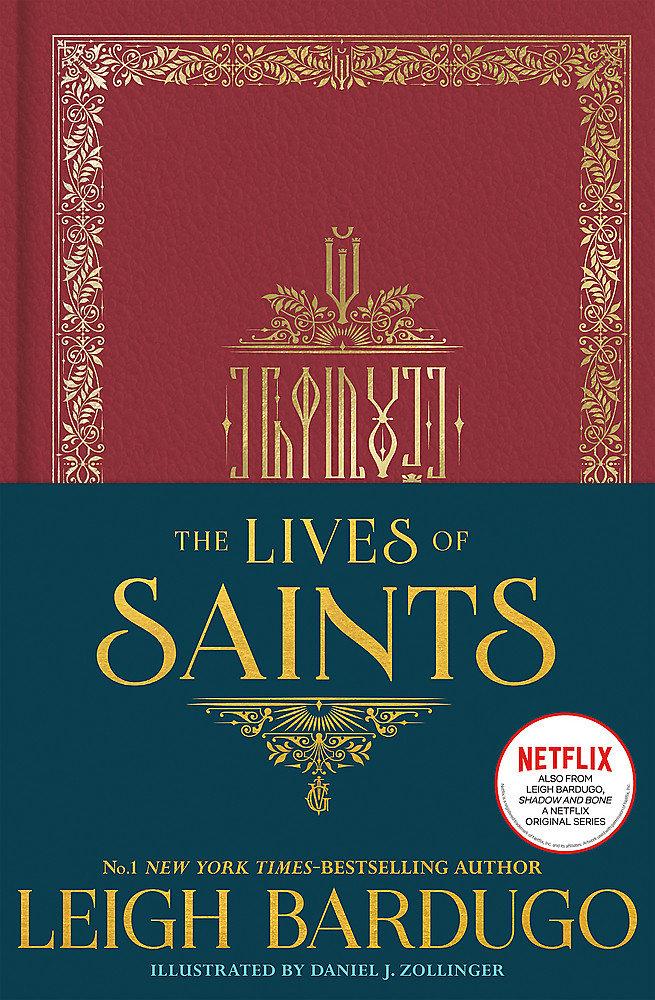 The Lives of Saints: as seen in the Netflix original series, Shadow and Bone

See the Grishaverse come to life on screen with Shadow and Bone, now a Netflix original series. Don't miss The Lives of Saints - featured in the show!

Dive into the epic world of international bestselling author Leigh Bardugo with this beautifully illustrated replica of The Lives of Saints, the Istorii Sankt'ya, featuring tales of saints drawn from the beloved novels and beyond. Out of the pages of the Shadow and Bone trilogy, from the hands of Alina Starkov to yours, the Istorii Sankt'ya is a magical keepsake from the Grishaverse. These tales include miracles and martyrdoms from familiar saints like Sankta Lizabeta of the Roses and Sankt Ilya in Chains, to the strange and obscure stories of Sankta Ursula, Sankta Maradi, and the Starless Saint. This beautiful collection includes stunning full-colour illustrations of each story. Read all the books in the Grishaverse! The Shadow and Bone Trilogy Shadow and Bone Siege and Storm Ruin and Rising The Six of Crows Duology Six of Crows Crooked Kingdom The King of Scars Duology King of ScarsRule of Wolves The Language of Thorns: Midnight Tales and Dangerous Magic The Severed Moon: A Year-Long Journal of Magic Praise for the Grishaverse "A master of fantasy." -The Huffington Post "Utterly, extremely bewitching." -The Guardian "The best magic universe since Harry Potter." -Bustle "This is what fantasy is for." -The New York Times Book Review "[A] world that feels real enough to have its own passport stamp." -NPR "The darker it gets for the good guys, the better." -Entertainment Weekly "Sultry, sweeping and picturesque. . . . Impossible to put down." -USA Today "There's a level of emotional and historical sophistication within Bardugo's original epic fantasy that sets it apart." -Vanity Fair "Unlike anything I've ever read." -Veronica Roth, bestselling author of Divergent "Bardugo crafts a first-rate adventure, a poignant romance, and an intriguing mystery!" -Rick Riordan, bestselling author of the Percy Jackson series

Leigh Bardugo is the number one New York Times bestselling author fantasy novels and the creator of the Grishaverse. With over one million copies sold, her Grishaverse spans the Shadow and Bone trilogy, the Six of Crows duology and The Language of Thorns. She was born in Jerusalem, grew up in Los Angeles, graduated from Yale University, and has worked in advertising, journalism, and most recently, makeup and special effects. These days, she lives and writes in Hollywood, where she can occasionally be heard singing with her band.Find her website at www.leighbardugo.com and follow her on Twitter @lbardugo.